Last night we were fortunate to hold space with design leaders to honor Cipe Pineles, a female art director who worked in New York during the mid-century. Cipe influenced the field beyond measure, despite her name being lost from the contemporary canon of great designers. However, with the publication of “Leave me Alone with the Recipes,” a book of Cipe’s recipes and illustrations editors Sarah Rich, Wendy MacNaughton, Debbie Millman and Maria Popova and the book’s designer, Roberto de Vicq have begun to resurrect Cipe’s legacy and name. We gathered with Debbie Millman, host of Design Matters and as she interviewed Sarah, Wendy and Roberto about their amazing tale of discovery. 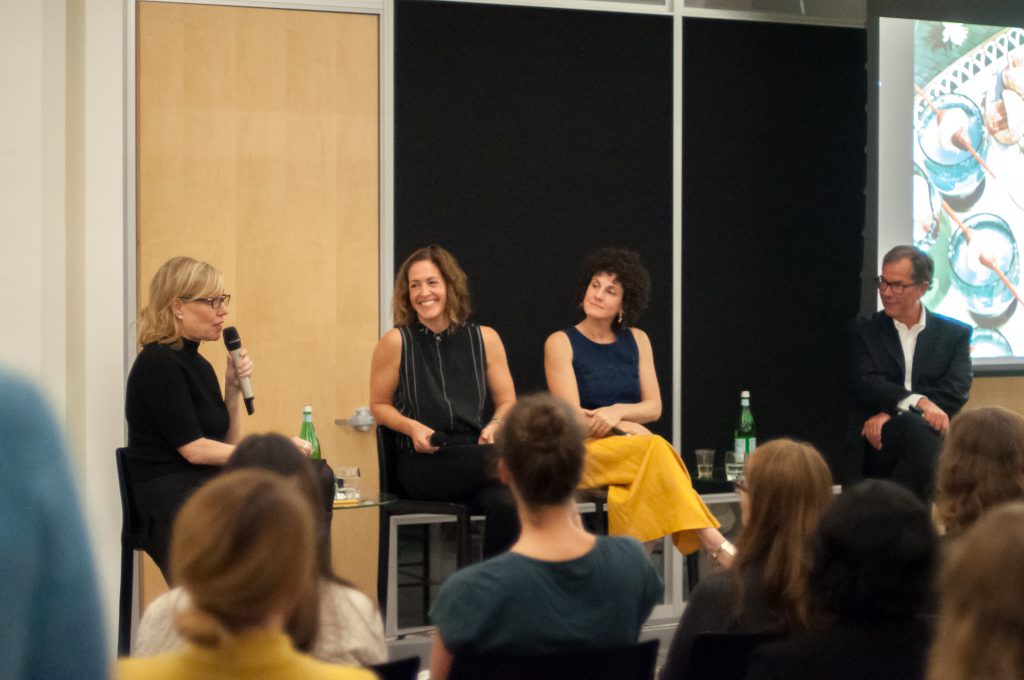 Their story begins four years ago when Sarah and Wendy came across a stunning original collection of gouache paintings of food and recipes by Cipe at the antiquarian book fair. Immediately they knew they had come across a gem—the work is perfectly preserved and clearly made by the hand of a master— even if they had never heard of Cipe’s name. With the cost of the collection out of their combined price range, they called up their friends Debbie and Maria to share their discovery and together they purchased the work, knowing that they were taking hold of something truly special.

What they soon discovered (with a lot of research and elbow grease), was that they had come across a woman who embodied female ambition and drive, and shattered multiple glass ceilings in illustration, design, advertising, Art Direction and more.

Rather than keep the secret of her work and influence to themselves, they set to bring Cipe’s work to the world through the official publication of her recipes and illustrations. 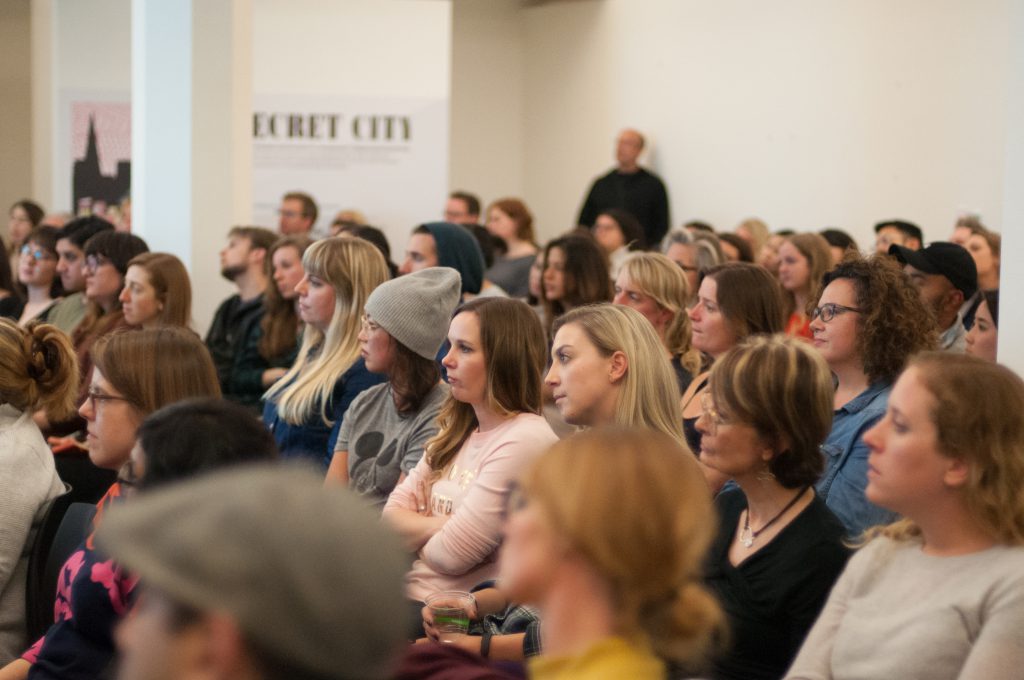 They enlisted the help of Roberto to design it—Roberto chuckling that Cipe did such an incredible job to begin with that giving this book a second life was remarkably easy.

Debbie, Sarah, Wendy, and Roberto gathered to share more about the life of Cipe, their personal stories in working with such a treasure, the discoveries they made, and the way the project personally affected them. Here are our three takeaways. 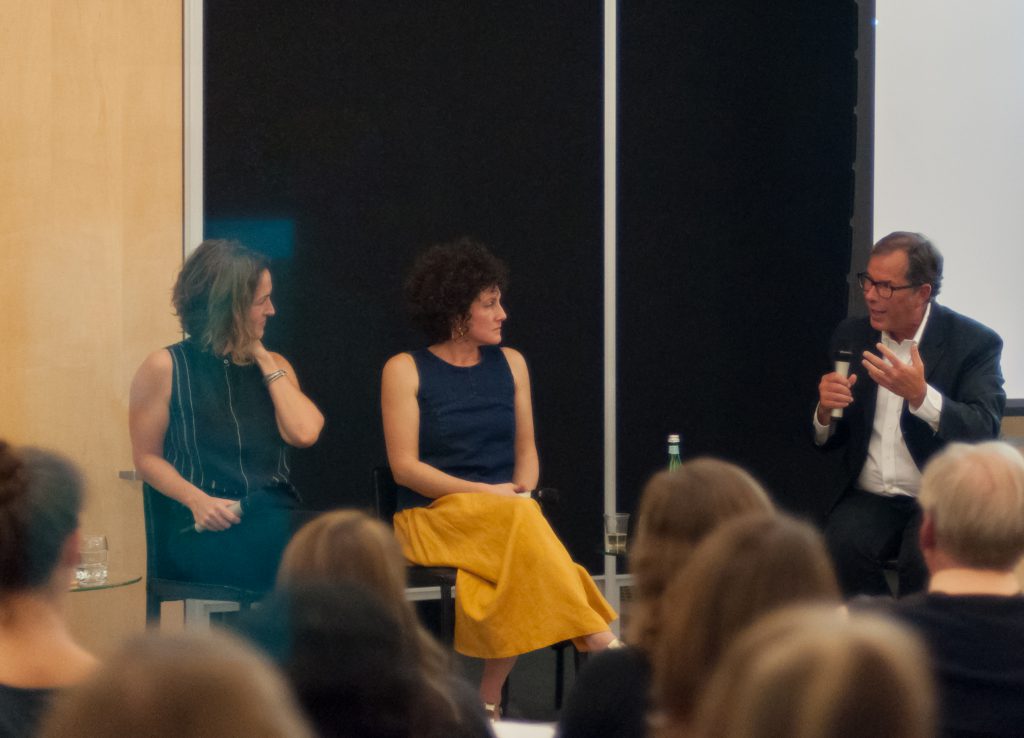 This is only the beginning. Working on Cipe’s story felt like a star in the galaxy of unknown women who paved the way for women in the workplace. While she was known during her time, she didn’t make it into the history books. Imagine all the other women you’ve never heard of who had similar impacts.

Keep asking questions. There are often times in your life where you notice something special but walk away because, well, life is busy. But what happens when you stop and allow yourself to be absorbed by it? For Wendy and Sarah, asking questions when they stumbled across Cipe’s book, made for an incredible journey.

Study everyday. For Cipe, art was her life. In fact, in college, in lieu of a relationship, she spent her time on her art. She worked on her craft consistently and because of that she was able to continuously evolve her process and create a sense of authenticity in her work that always made you yearn for more. 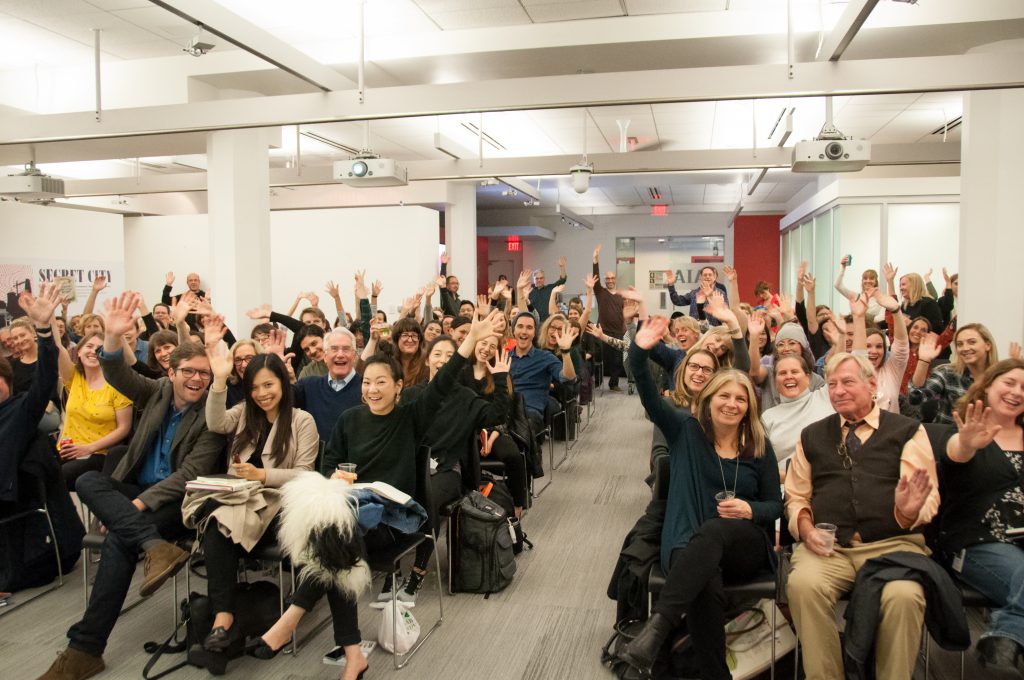 View all of the photos here. A big thank you to our annual sponsor Vitamin T for backing the Expand series! And to Fort Point Brewery for their contribution!

The next Expand event will take place January 24th, 2018 with Paul Sahre!