Designers take note. There is a new color to add to the branding guidelines.


Last week Pantone Color Institute alongside the Prince Estate announced the creation of a new customized color in honor of the late Prince. The official release states, "The (naturally) purple hue, represented by his “Love Symbol #2” was inspired by his custom-made Yamaha purple piano, which was originally scheduled to go on tour with the performer before his untimely passing at the age of 57. The color pays tribute to Prince’s indelible mark on music, art, fashion and culture." 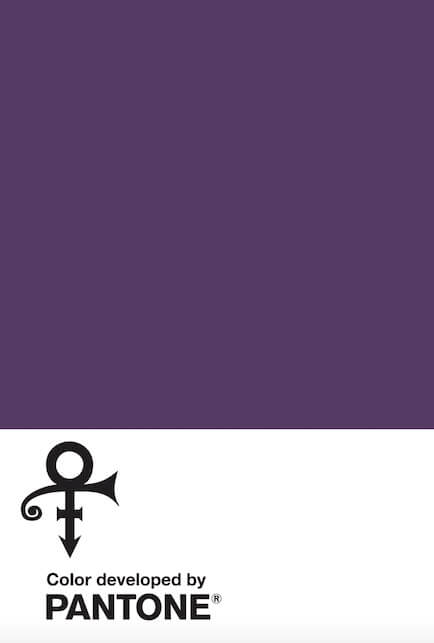 Love Symbol #2, will be used in various products and branding with partners of the Prince Estate. In a statement, Troy Carter, Entertainment Advisor to Prince’s Estate shared, “The color purple was synonymous with who Prince was and will always be. This is an incredible way for his legacy to live on forever."


Prince is one of the few people to have a color named after him. He joins the ranks of Jay Z (Jay Z Blue), real estate company CEO Sherry Chris (Sherry Chris Pink), and the late British fashion designer Richard Nicoll (Nicoll Blue).