Michael Wayne Stinson, accomplished corporate communications designer, skilled typographer, collector of old currency, Scotch fanatic, Cajun cook, and self-proclaimed ice cream abuser, died on Thursday, November 7, 2019 in San Francisco at the age of 49. He was born in Fullerton, California in May of 1970. 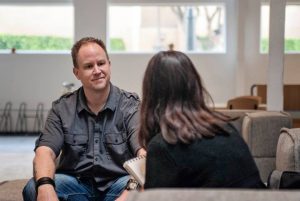 Michael came into the design profession through the back door of aerospace engineering after he saw how design was intertwined with math. He understood the use of numbers for proportion to type, images and the page.

His first job in graphic design was at the tail end of the cold-type era in the early 90s. He produced many annual reports by arranging lines of type into physical galleys onto mechanical boards prepped with non-photo blue baselines with a T-square. Michael lead the transition of the studio’s manually-produced process of physical boards to a fully computer-generated one. He also translated traditionally-passed down graphic production rules and proportions into his own set of digital shortcuts and design systems to produce work more efficiently. After a few years, he was able to design and produce eight annual reports simultaneously by keeping the ‘numbers straight in his head.’ 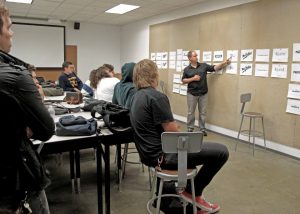 Michael saw typography as music. “It can be rock 'n roll or a symphony, depending on the rhythm of the beat,” he stressed. “In typography, the beat or tempo is equivalent to the even and methodical pace in which the words, lines, and sentences move down and across the page.”

On his right arm was tattooed “a fortiori,” a Latin word that means “with good reason.” Michael believed that good creative was two-fold: concept was the clever idea, and design was needed to visually communicate that idea. Idea-driven design, for him, was more effective than designing from ego. He emphasized that every glyph on the page should be considered, have meaning, and connect to the original idea for design clarity, and sometimes that meant to the very last detail. In his own work, the proportions of page size, leading, type size, and alleys related numerically to the project idea. 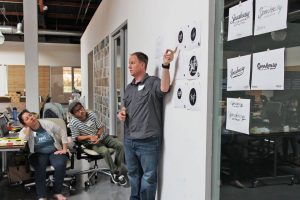 Early on, Michael had the opportunity to work on signature projects that began his journey into winning design awards, including designing the company brochure for Quiksilver that helped the company gain distribution with Nordstrom. Throughout his career, he was recognized by numerous publications and industry organizations including Mead Annual Report Show, HOW, GDUSA, Communication Arts, Mohawk Paper Show, TDC, BlackBook, Graphis, and the One Show. Conversely, he served on the juries for Communication Arts, Graphis Annual Reports, American Advertising Federation Awards, One Show Design Competition, and the One Show Young Ones College Competition.

As a Creative Director, Michael taught the designers in his studio to focus on substance before style. “Graphic design is the perfect balance between the left brain (calculating, strategic, mathematical, logical) and the right brain (subjective, artistic, imaginative, visual).” He would also say it another way, “design involves engineering (left brain) and art (right brain). The left always begins in design, yet the right always has the last say.”

In 2008, he began teaching design and typography at institutions such as College of the Canyons, University of Southern California (USC), Santa Monica College, and LCAD. His effect on students was deep and transformative. Four of his students from College of the Canyons received full-ride scholarships to ArtCenter College of Design; two each year, two years in a row, all who attributed their admission to Michael’s mentorship. Many of his students from Laguna College of Art+Design went on to careers at Samsung, CRTKL, NFL, and more. 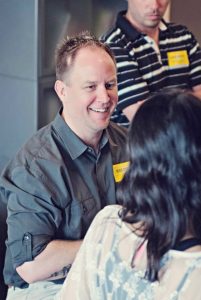 Through the TypeEd continuing education program that he co-developed at Ramp, he met and taught hundreds of designers at Adobe MAX, TypeCon, and AIGA chapters across the country. He wrote and filmed educational content for CreativeLive, Adobe Typekit, Creative Circle, Communication Arts, Paper Specs, and AIGA LA. He trained corporate design teams on typographic mindset and practice at Disney, Facebook, WPS Publish, Simpson Strong-Tie, Activision, Blizzard Entertainment, Mattel, Living Spaces, and more. Many who he consulted went on to teach typography at colleges, designed books, went into new markets, and pivoted or elevated their careers. He was very proud of his students and all of their accomplishments.

Michael was a beloved husband, father, uncle, friend, and mentor. He will always be remembered for his courage during difficult times, and even though he took his life, we know he is at rest.

Michael is reunited with his Aunt Marie and probably cooking up a pot of gumbo with her, and drinking whisky while critiquing the type on the bottle. He will be forever in our hearts. 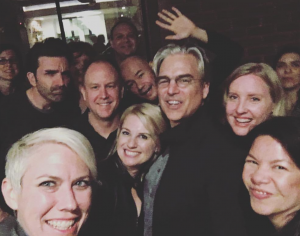 MEMORIAL SERVICE: In lieu of flowers, memorial donations may be made in Michael Stinson’s name to the ADAA. Memorial service events for his students will be held at Laguna College of Art+Design over the week of November 18, 2019. A memorial service for his friends and family will be held at the Aikido Center of Los Angeles in December 8, 2019. Contact Rachel at rachel@type-ed.com for more information.