When asked what diversity in design means to him, Julio Martinez’ answers: “well it’s hard to answer that without going back.” Born in Mexico City, Martinez immigrated to the Bay Area with his family when he was 12. When it came to a career in design, “there was really no path, no plan,” but Martinez earned a BFA in Graphic Design before working at Pentagram, eventually leaving to start his own company, Studio1500 where he is a partner and creative director.

It was while working as a Graphic Designer at Pentagram that “it dawned on me that I was the only Mexican on the team and that diversity was an issue, given the number of Latino people in the area.” He also didn’t connect with AIGA SF, which he felt didn’t address the unique challenges faced by Latino designers in the Bay Area.

“I was a militant non-AIGA member,” but the then-AIGA SF President (current executive community member) and his fellow co-worker at Pentagram, David Asari, persuaded him to “join the organization and do something.” So in 2012, he joined the board as the Diversity Chair with the intent of creating more design opportunities for the Latino community.

One of the biggest challenges that Martinez believes limits diversity in the field, is a lack of opportunities for young Latino students to discover design. Design, which these days usually requires sophisticated software and hardware, is frequently not offered within the public school curriculum. It was only by chance that he found design when he took a high school architecture class—a serendipitous encounter, as he likes to call it.

Around the same time he joined the AIGA SF Board, Martinez began teaching at his alma mater, San Jose State University (SJSU). Many of the students who attend come from low-income backgrounds and the school has a diverse student body. “I didn’t have any Latino instructors while a student,” and teaching became a direct way for him to be an influence and role model within a school that he calls “an underdog player,” when it comes to design schools in the area. 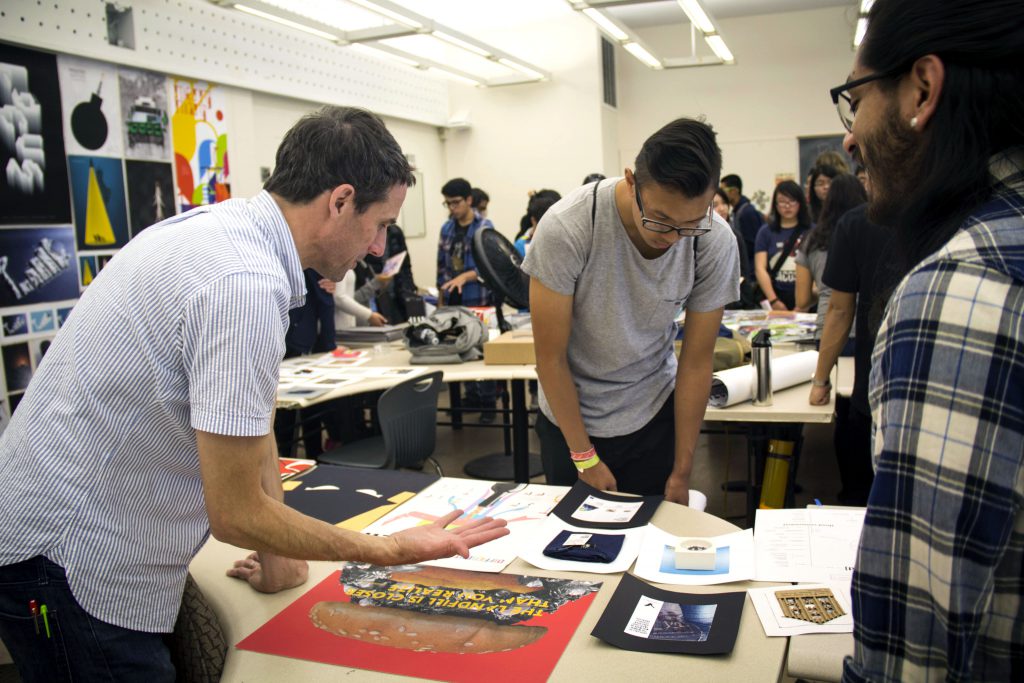 While teaching gave him a chance to work with students at the college level, he wanted to find a way to engage students earlier. In another serendipitous encounter, he met JD Beltran, the current Executive Director of the San Francisco Art Institute’s City Studio, a free afterschool arts program that works to provide underserved youth high-quality art classes.

Martinez and Beltran joined forces to bring together a cross-generational group of students which included Martinez’ college students, as well as the high school, elementary and middle school students of City Studio, for an all-day stenciling workshop. Students designed their own graphics—learning basic principles of design—which they then learned to print onto a t-shirt. Since its inception six years ago, the workshop has become an annual event is currently held at Root Division, a community art space in SoMA.

In addition to organizing workshops with City Studio, Martinez has also partnered with the San Francisco Unified School District to provide high school students a series of typography workshops over the course of a given semester. He has also led screen-printing workshops at the Youth Art Exchange, an organization that seeks to connect high school students with professional artists and designers working in their field. 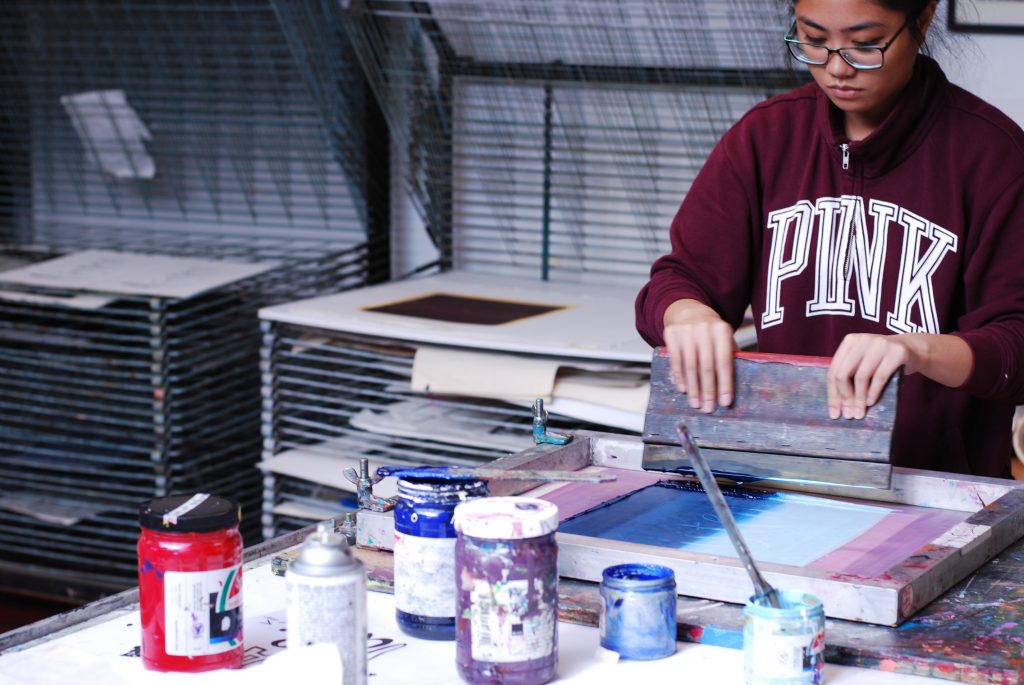 A student participating in the Youth Art Exhange workshop

Martinez has also connected his students at SJSU to La Cocina, an incubator kitchen in San Francisco that focuses on nurturing businesses by minority women. The students work with the women of La Cocina to build and shape their graphic identity, while the women have access to a form of design that is usually financially out of reach. As Martinez puts it, “it’s a project that benefits in both directions.” 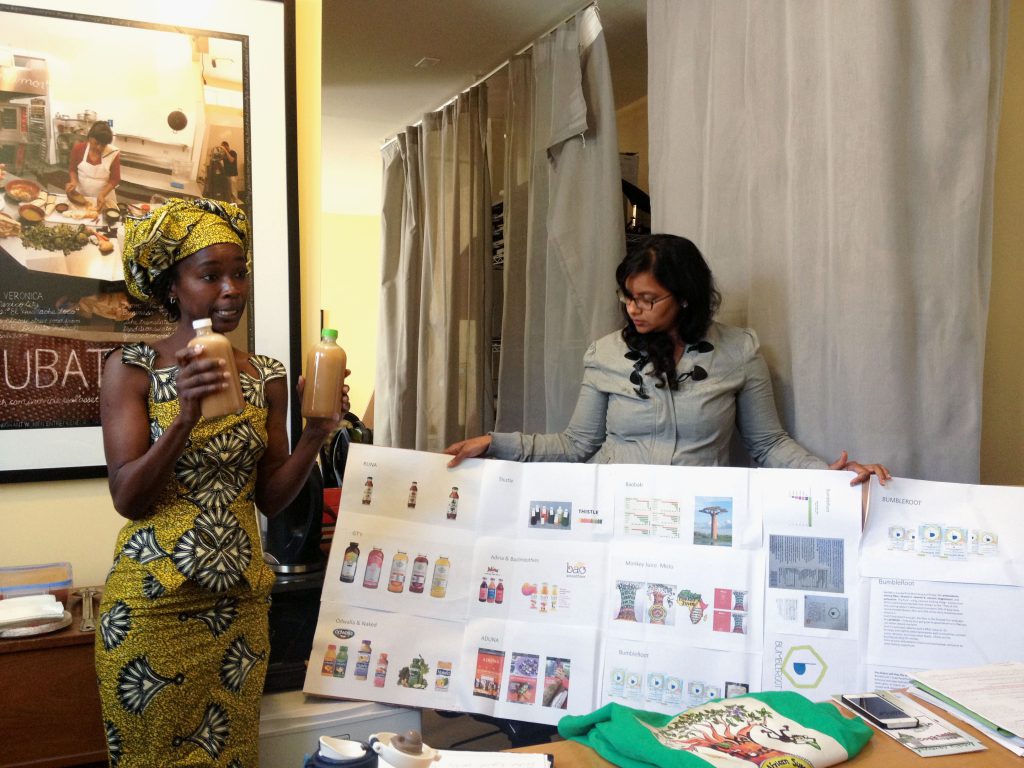 Along with his work as an educator, Martinez has participated in community discussions that tackle the issue of a lack of diversity in design. He was instrumental in initiating Vectors a new design conference specifically built around the need for more diversity within the field. He has also was part of an Inneract Project panel discussion, "Valuing Diversity in Design and Tech," which addressed the problem of only 3% of the design workforce being occupied by Latino and African American designers.

Recently Martinez joined the AIGA National Diversity & Inclusion Task Force. As part of the Task Force and in celebration of Hispanic Heritage Month, Martinez and co-curator Jessica Arana put together “Across Borders: A Look at the Work of Latinx Designers,” a Google art project that was done in partnership with the Google Cultural Institute. The project is a digital collection of designs by Latino designers that they found in the AIGA archive, however, as Martinez points out in a recent interview with the Design Observer about the project, "we had to dig and grapple with it, as the archives haven't been updated."

The project falls in line with one of the challenges Martinez wants to address next, which is an overall lack of documentation of not only Latino designers, but the history of design in general. Unlike art history, design history lacks what Martinez calls “a mechanism to document, curate and discuss the work.” Ideally, Martinez would love to direct his students to a place where "they could see all the great Latino designers," as well as those of Europe, Asia and elsewhere, but currently no such place exists.

Martinez finds that his students—no matter their background— benefit from exposure to design from all over the world, therefore the more opportunities they have to experience design—online or in a museum— there is a better chance that they’ll connect. "I don't want to pigeonhole my students," who are excited by design in all kinds of different ways. "Sometimes you just have to throw a bunch of shit at the wall and see what sticks.”