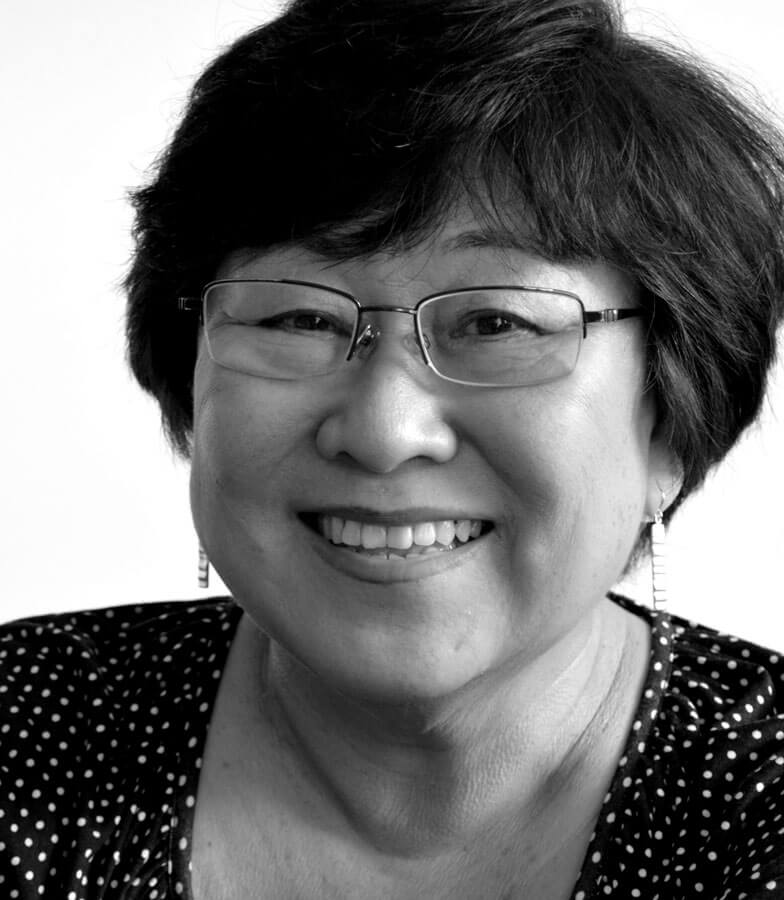 The work of Delphine Hirasuna has long been associated with graphic design, although she is a writer by profession. Often in collaboration with designer Kit Hinrichs, Delphine has been involved in the concept development and writing of several award-winning projects focused on design and design education, including the Sappi Standard, Fox River Tools of the Trade, American Design Century, and the 365 Typography Calendar. Since its inception in 1994, she has been the editor of @Issue Journal of Business and Design, which is now being produced online as atissuejournal.com. She has been a contributor to publications such as Graphis, CA, How, Step, Exhibitor, and SEGD.

Delphine is the author of more than a dozen books, including Typewise (with Kit), the Pentagram Papers, Presidio Gateways, Long May She Wave, and Flavors of Japan cookbook. Her book, The Art of Gaman: Arts and Crafts from the Japanese American Internment Camps, 1942-1946, became a national exhibition with Delphine as curator. To date, the exhibition has been shown in 15 museum, including the Smithsonian American Art Museum’s Renwick Gallery and the International Folk Art Museum of Santa Fe. Viewed by more than a half million visitors to date, the exhibition also toured Japan under the auspices of NHK Broadcasting and was viewed by the Emperor and Empress of Japan. Delphine’s latest book is All That Remains: The Legacy of the WWII Japanese American Internment Camps. Delphine’s early career was spent as a newspaper journalist. For more than 25 years. she also wrote a weekly column for two of the largest Japanese American newspapers in the U.S., and her essays have been reprinted in high school textbooks. Delphine also has a farm and grows lots of fruits and vegetables.