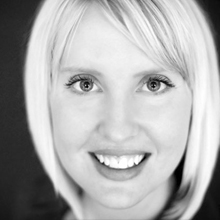 As Executive Director of the San Francisco chapter of AIGA and San Francisco Design Week, Dawn is eager to help designers stake out their place in the entrepreneurial culture that defines the Bay Area. Her vision for the San Francisco chapter is to build on the passion people bring to the design community, create connections between members and business, foster the cross-pollination of ideas among design disciplines, and ultimately add valuable, meaningful content to the design conversation.

Dawn was named one of YBCA100 in 2014. The YBCA 100 is an annual compilation of the creative minds, makers, and pioneers. Each year, their staff convenes to debate: “Who do we believe is asking the questions and making the provocations that will shape the future of American culture?” The result of this inquiry is a diverse list of artists, entrepreneurs, activists, and creative citizens from around the world that have one thing in common…They are all generating culture that moves people.

Dawn is also vocal, visible problem solver with a long-standing commitment to AIGA as a former volunteer, chapter president and national board member. In addition to her past volunteer work at AIGA, Dawn has served as a mentor to young girls interested in pursuing a career in design and or technology.

Dawn calls herself “a total introvert” but no one who actually knows her believes it.