Some 1,500 pieces of yellow and red plastic are sending a clear message to the Bernal-Mission community: home is community, and community is built on the people and stories that exist within it, past and present.

Arranged to spell out the words “there is no place like…”, the pieces are attached to a fence that separates Mission Street from a now empty lot. Passersby are prompted to fill in the blank.

It was brought about by the Mission Bernal Merchants Association to help beautify the site of the Cole Hardware fire (June of last year, the 3300 Mission Street block had a 5-alarm fire that displaced several businesses and approx. 200 residents of the Graywood Hotel). Crew from Galería de la Raza and Secession Art & Design helped install it.


The lot was home to Cole Hardware before a fire last year ended with the demolition of the building that housed it at 3312 Mission St.  The business had served the local community since 1982.

The installation is homage to legacy businesses destroyed in the fire, and an attempt to beautify the blighted lot it left behind.

Also strapped to the fence, next to the installation, is a blue banner announcing the eventual return of Playa Azul, which existed in the building adjacent to Cole Hardware and was also demolished after the fire.

A photograph of three generations of Playa Azul’s proprietors decorates the banner, along with images of flowers and fish taken from the restaurant’s original signage. The groups worked diligently with the property owners of both lots to install the banner and colorful art installation.

In a collaboration with the Mission’ Galeria de la Raza, the merchants association raised money to beautify the block marked by disaster and loss.

With help from volunteers from the Galeria, the group spent all day Wednesday installing the public art project.  As they were working, Stein said that a woman driving by “slammed on her breaks, double parked and ran across the street” to hug the group, elated by the news that Playa Azul  will be returning to the corridor.

“We are a tight-knit community, and this is a really special thing for the community,” said Stein. “We want to show that merchants can survive after something like this – we have their backs.”

“We don’t have control over when these businesses can get through city process to come back and open their doors, “ said Ani Rivera, executive director of Galeria de la Raza. “Our goal was to beautify corner that had a lot of blight and issues of security.”

“It changes how people relate to our neighborhood. It feels like a disconnect in the middle of our corridor,” she added, referring to the empty lot. 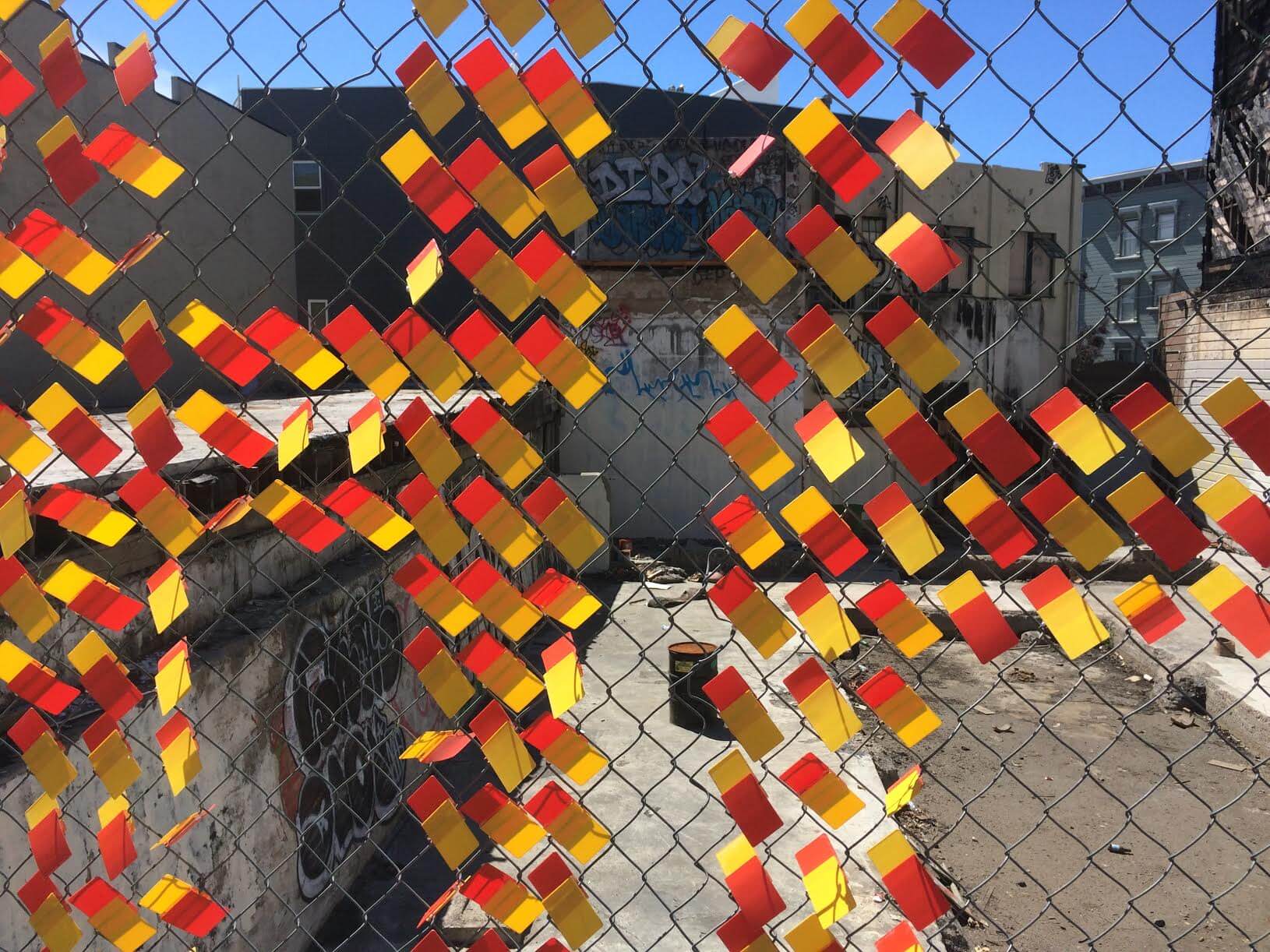