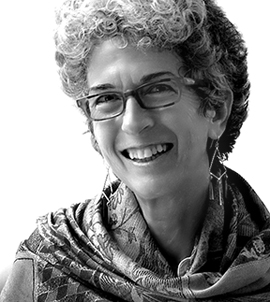 Alyson Kuhn is a freelance writer and editor with an eye and ear focused on brand building. Over the past two decades, she has worked with brands in both the for-profit (from Abacus Builders and Adobe, to Monotype and moo.com, to ’xtole) and non-profit sectors (notably Heart to Heart International Children’s Medical Alliance, Joey’s Corner, and Rocketship Education). She is an insistent advocate for beautifully executed artifacts, including thank-you notes and party favors, as well as for user experiences that provide delight in the digital realm.

Alyson has collaborated closely with several design and brand identity firms. With Michael Osborne Design, she has worked on promotional materials for paper mills and on four exhibitions, including Alphabetilately (currently in its seventh year at the Smithsonian National Postal Museum) and San Francisco Graphic Design at the Museum of Craft + Design. With Elixir, she is the lead writer, namer, and interviewer on brand strategy projects. Past clients include Adobe, Exposures, Gott’s Roadside, Naturopathica, and Taryn Rose.

Alyson’s art- and design-centric writing projects include: the two-volume “Speclogix Compendium of Paper & Printing”; “Words at Play, ” a limited-edition book and micro-site for Adobe; “Hearts in San Francisco,” a photographic record of the 2004 citywide fundraising art exhibit; features for various design publications; and, the extensive introduction to “Art Made From Books” (Chronicle Books, 2013). Alyson was the founding editor of Mohawk’s on-line magazine “Felt & Wire,” for which she has written hundreds of in-depth articles.

Alyson joined the AIGA SF board as communications director in 1997, with an extensive background in specialty printing, fine paper, envelopes and all things postal. She promptly conceived of a chapter event about the collecting of stamps and the sending of mail, illustrated with an alphabet of stamp-like images created by designers at 26 different Bay Area studios. During her five years on the board, Alyson stewarded the philatelic alphabet project to ever-greater visibility. AIGA SF licensed the alphabet of images first to Dickson’s (Atlanta), then to Chronicle Books (San Francisco), and ultimately to the Smithsonian National Postal Museum (Washington DC). In the process, Alyson orchestrated two publication parties in the historic lobby of SF’s Rincon Annex Post Office and a correspondence salon at the National Postal Museum.

Alyson has also served on the board of the San Francisco Center for the Book (2000-2003) and co-curated two exhibitions at the Center. She has taught envelope-folding workshops in San Francisco, Napa, Chicago, Kansas City, and Washington DC. A few decades ago, after earning her B.A. in French from the University of California at Irvine, Alyson lived in Paris for several years. She currently lives in Monterey, where the clerks at the downtown post office treat her outgoing mail with great respect.