When you have a podcast host who is super pumped up for a live audience, and an event with San Francisco’s most well-loved brewery, you’re destined for a lively crowd.

We got to experience this the other night when Travis Neilson (Designer at Google by day, co-host of the podcast Late Nights with Trav and Los at night,) Justin Catalana (Co-founder of Fort Point Brewery,) and Dina Dobkin (Creative Director at Fort Point Brewery) came together for a conversation about what it means to be a design-driven brewery over Animals, KSAs and their new blended saison, Resonance. 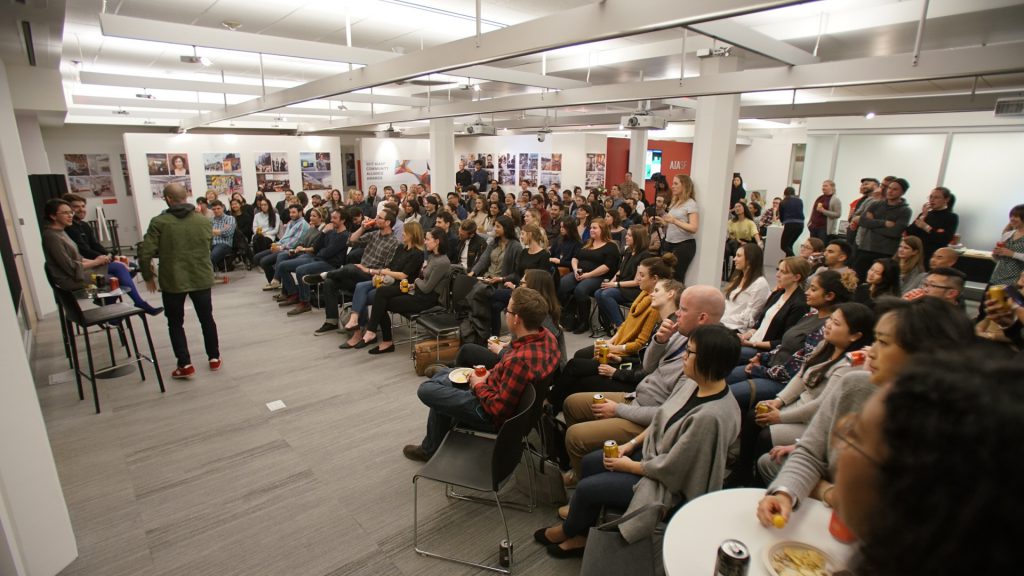 It all began about four years ago when Justin and his brother joined forces to start a brewery. Justin, who already had experience in the craft brew industry, came to the table armed with ideas of what he wanted to create—namely, he wanted to make it the San Francisco beer. While this may have been a lofty goal, Fort Point is well on its way to being the most popular beer around town. 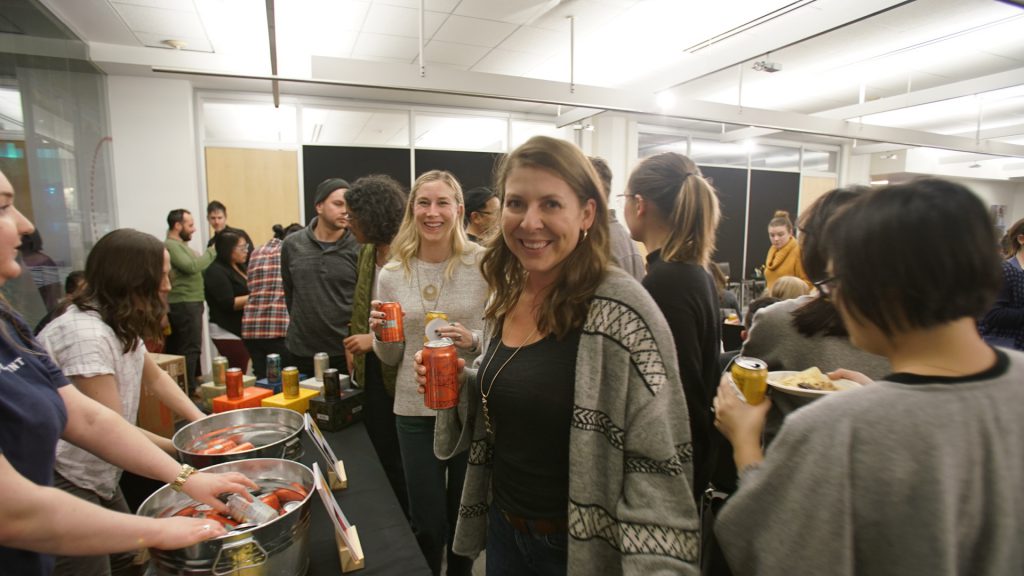 After nailing down the right ingredients, Justin and Dina made it a priority to call upon the expert design crew at Manual to visibly represent San Francisco on every beer can. They ditched the status-quo of old-timey bottles, too often decorated with gargoyles and decided to make a beer can that looked as good on the outside as it tasted on the inside.

Justin, Dina and Travis walked us through the opportunities and challenges of running a business in the bay from finding the right space, to figuring out what’s next. Below are a few of our key takeaways from the evening. 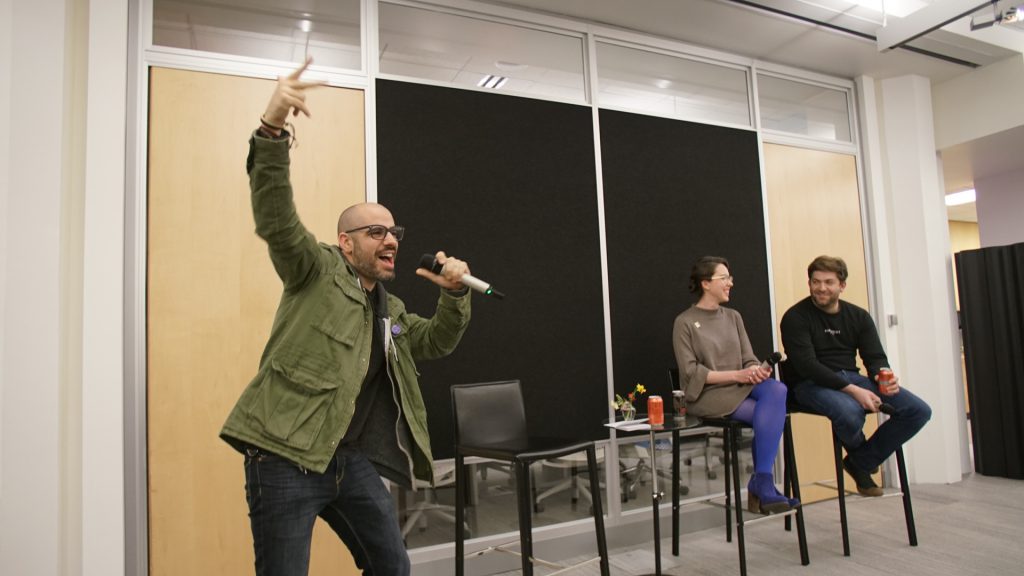 Design Accessibility can take shape in a beer can: Fort Point’s priority is to make craft beer accessible to those of us whose taste buds aren’t accustomed to a super hoppy IPA. You can find their cans in the hands of seasoned craft beer drinkers, and on the shelves of Costco. You shouldn't have to wait in line for 8 hours for good beer. 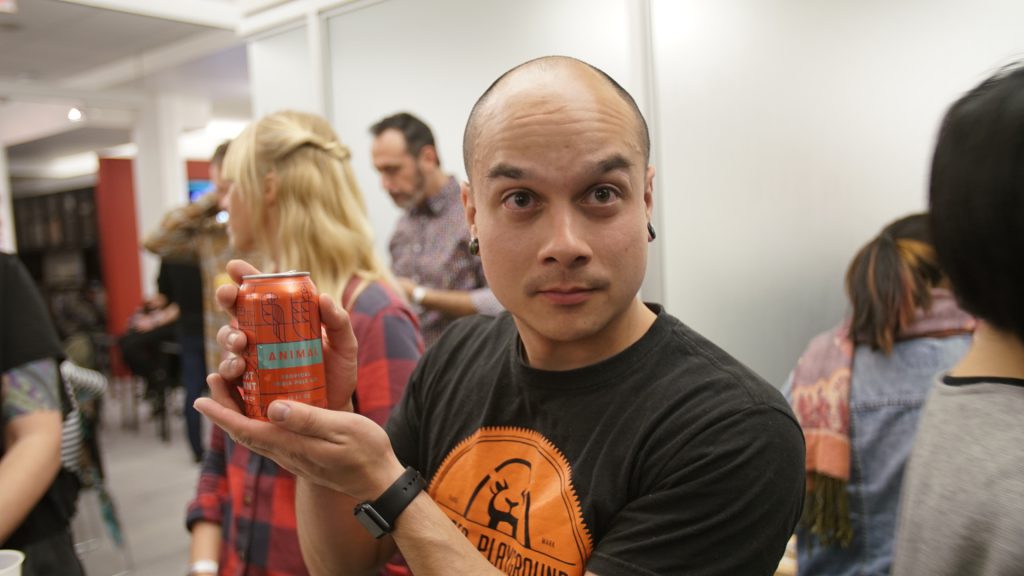 It’s about storytelling: Each can is a narrative that references their personal experiences with the city, but which are relatable to any San Franciscan. Fun fact, the Parrots of Telegraph Hill on Animal might have been racoons... 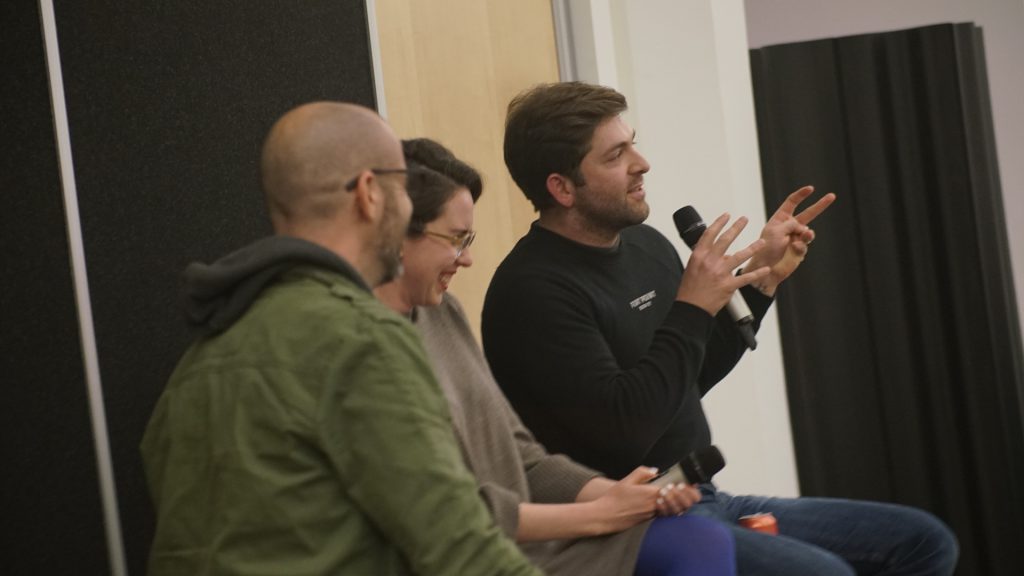 Company diversity is important: Success comes from surrounding themselves with people from different trades and backgrounds such as artists, designers, and chefs. While their focus is beer, they pull inspiration from many different places which all tie into their ambition to, “see craft beer grow up.”

Quick Tip: Justin’s favorite beers are in Germany and he’s obsessed with kolsch—a good excuse for your next vacation...

A huge thank you to our friends at Fort Point Brewery and Travis for moderating!

Photos thanks to Andre Pennycooke! View the full album and tag away!